a) Assume that planet 2 has X times the mass of planet 1, or M2 = XM1. The densities of both planets are the same. Write an expression for the ratio of the surface gravity of planet 2 to planet 1 in terms of X.

b)Suppose now the radius of the second planet is Y times the size of the radius of the first planet, or R2 = YR1. Write an expression for the ratio of the surface gravities, g2/g1 in terms of Y assuming the densities are the same. 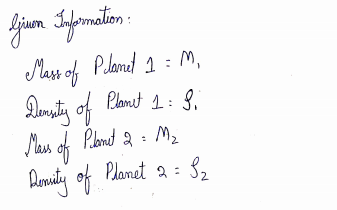 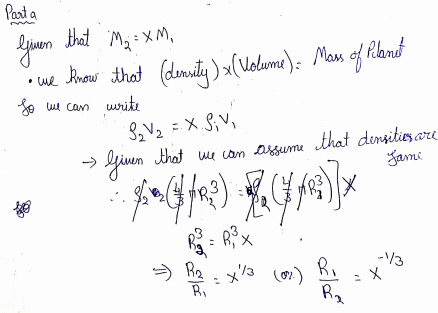 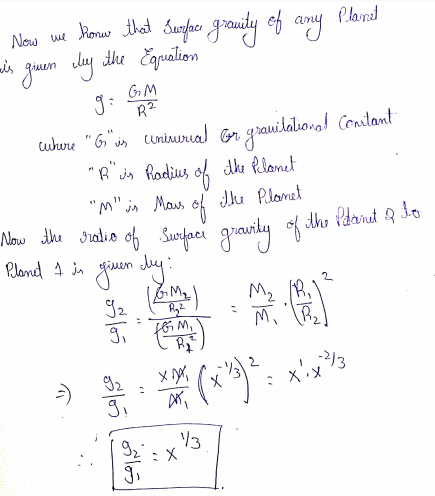 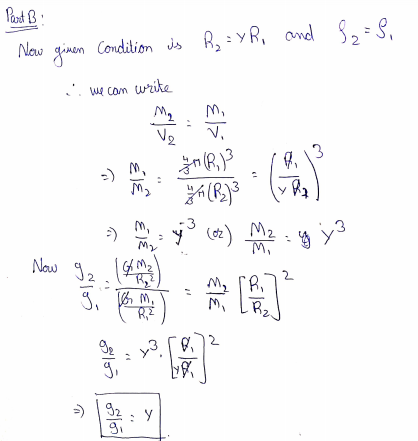 See Solution
*Response times may vary by subject and question.
Tagged in
SciencePhysics

Q: When a .22-caliber rifle is fired, the expanding gas from the burning gunpowder creates a pressure b...

A: The kinetic energy of the asteroid is

Q: Suppose the Sun were somehow replaced by a star with five times as much mass. How long would the Ear...

A: Earth year is the amount of time that the earth takes to complete 1 revolution in its orbit about th...

A: The formula for the magnetic field in a solenoid and in a wire is:

Q: A steel cable with mass is lifting a girder. The girder is speeding up. Draw a free-body diagram for...

A: The cable experiences tensile force and weight of both cable and girder.

A: Determine the co-ordinates of the beads of the masses using trigonometrical identities relation with...