The opportunity cost in the production of Rye and Jeans in C, based on their per hour production can be calculated as follows. 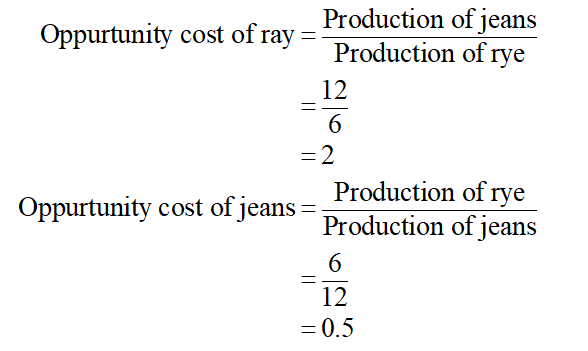 In same manner we can calculate the opportunity cost in the production of Rye and Jeans in F, based on their per hour production as follows. 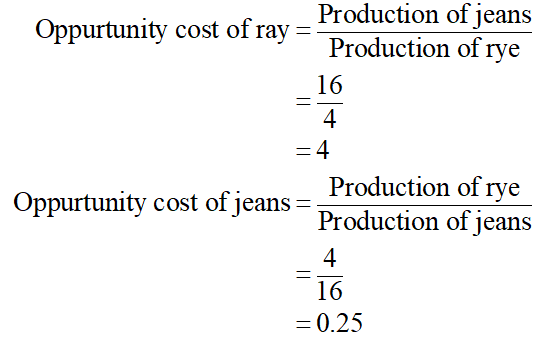 A: According to the law of demand and supply, the demand for a product will decline with increasing pro...

Q: Why do a firm's profit disappear in the long run?

A: The firms operating in the long run, have to adjust and abide by the time frame which would allow th...

Q: 1. Financial institutions in the U.S. economy Suppose Charles would like to use $1,000 of his saving...

A: One way of making a financial investment is to purchase stock or bonds from a private company. Suppo...

Q: What are Expansionary and discretionary fiscal policies? Examples to dumb down.

Q: 6. Limitations of GDP Although GDP is a reasonably good measure of a nation's output, it does not ne...

Q: Determine if the statements and expressions regarding costs are true or false. True False Average fi...

A: We can re-create the table correctly as follows.

Q: The image attached presents a Circular Flow Model. The model in this image is missing something.  St...

A: The circular flow model shows the relation between firms and households and the rendered goods and s...

Q: Suppose the market starts out in equilibrium with demand curve D and supply curve S. Next, suppose d...