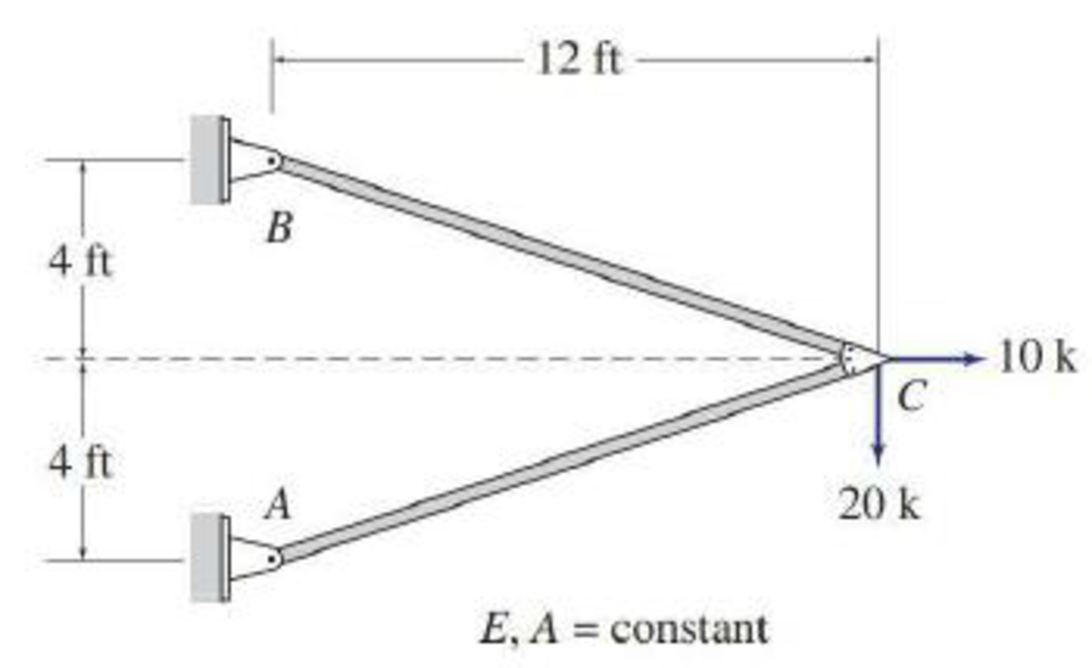 Summation of moments about B is equal to 0.

Consider joint C, find the force in the member BC:

Find more solutions based on key concepts
Show solutions add
A plate is connected to the web of a channel as shown in Figure P8.2-10. a. Use an elastic analysis and compute...

A center-fed sink/float apparatus is 2 meters deep and has a fluid with a density of 1.2 g/cm1 and a viscosity ...

Repeat Problem 2.8 using the following data. 2.8 The following are the results of a sieve and hydrometer analys...

What are CSS, and are how arc they used?

How might completing this course help you in some of the courses you will take during your academic career?

What are JAD and RAD, and how do they differ from traditional fat-finding methods? What are main advantages of ...

A SIP trunk would most likely work in conjunction with which device? a. Wireless controller b. VoIP gateway c. ...

Which of the systems are equivalent to the couple in (a)?

Technician A says that liquid cooling an engine helps to maintain a consistent operating temperature. Technicia...

List the condo ID number and square footage for each condo that has a janitorial service request.

command language a. operating system problem that occurs when it spends much of its time paging, instead of exe...

Why is manual field application not completely satisfactory?

Create the table that would result from stu_code, dept_code (student professor).

List and describe the three approaches to policy development presented in this chapter. In your opinion, which ...

List and discuss some of the factors that influenced the evolution of the DDBMS.

Technician A says that each ABS has its own diagnostic procedure involving use of the brake and antilock warnin...

The group support system recorded the interaction between the Thiokol and NASA teams. What was this recorded in...

Case 3-80 Comparative Analysis: Under Armour, Inc., versus VF Columbia Sportswear Refer to the 10-K reports of ...

State one advantage of owning a dedicated cutting torch as compared to having a combination welding and cutting...