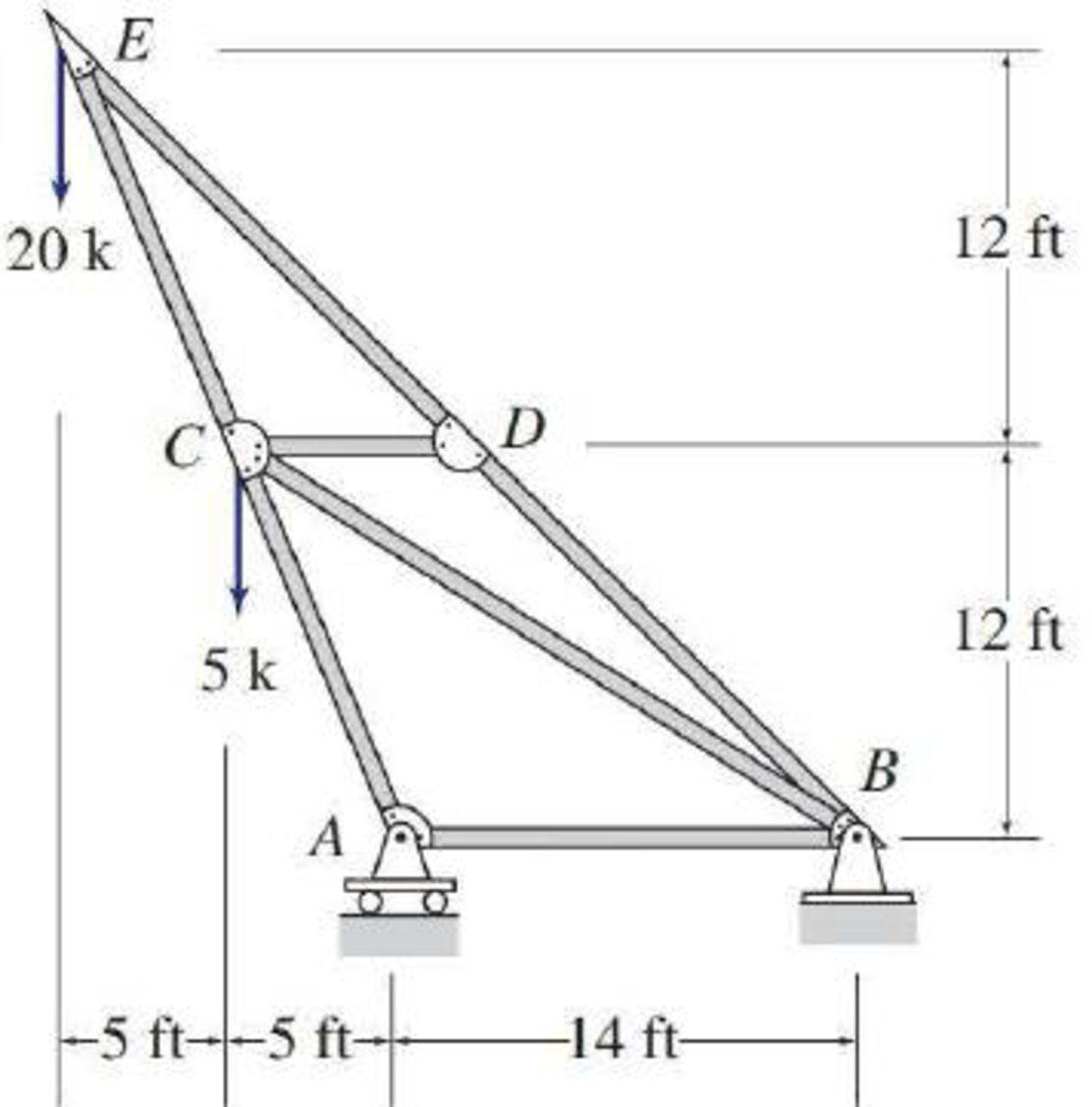 Consider the vertical reaction at A is .

Consider the horizontal and vertical reactions at B are and .

Take the moment at A and Equate to zero.

Show the joint A as shown in Figure 2.

Find the force in the member AC and AB as follows:

Show the joint B as shown in the Figure 3.

Find more solutions based on key concepts
Show solutions add
The cantilever beam shown in Figure P5.8-4 is a W1645 of A992 steel. There is no lateral support other than at ...

VocabularyState the meaning of the following terms: Physical Law _____ Correlation _____

A shredded refuse is to be screened to recover the glass fraction. For the purposes of this analysis, the waste...

List all rows and columns for the complete ORDERS table.

Using the data in the ASSIGNMENT table, write the SQL code that will yield the total number of hours worked for...

Repeat Problem 9,5-15 for the anti-symmetric loading shown in the figure.

Suppose you want to manage a small project, but you do have access to project management software. Could you us...

Give an example of biometric detection.

What are the main reasons that a mild hybrid consumes less fuel than a conventional vehicle?

Determine the wrench that is equivalent to the force-couple system shown and find the coordinates of the point ...

Using Operating System Tools You are the office manager at a social media consulting business. The office recen...

Do research on an entrepreneur that you admire. Write a brief description of how the individual was able to sta...

Create a Crows Foot ERD for each of the following descriptions. (Note that the word many merely means more than...

What is CAM software?

You are called upon to install a number of luminaires in a suspended ceiling. The ceiling will be dropped appro...

What are the two basic functions of synchronous motor control?

Do you think that there is a difference between acting ethically and acting legally? Explain.

What is incident classification?

What causes most electric shock in the welding industry?