A billiard ball with an initial speed of 10 m/s collides elastically with two identical billiard balls whose centers are on a line perpendicular to the initial velocity and that are initially in contact with each other as shown in the figure above. The first ball is aimed directly at the point of contact between the other two balls. All the balls are frictionless. Find the velocities of all three balls after the collision.

Hint: consider the direction of the impulsive force of the moving ball on each of the two stationary balls at the instant of the collision. 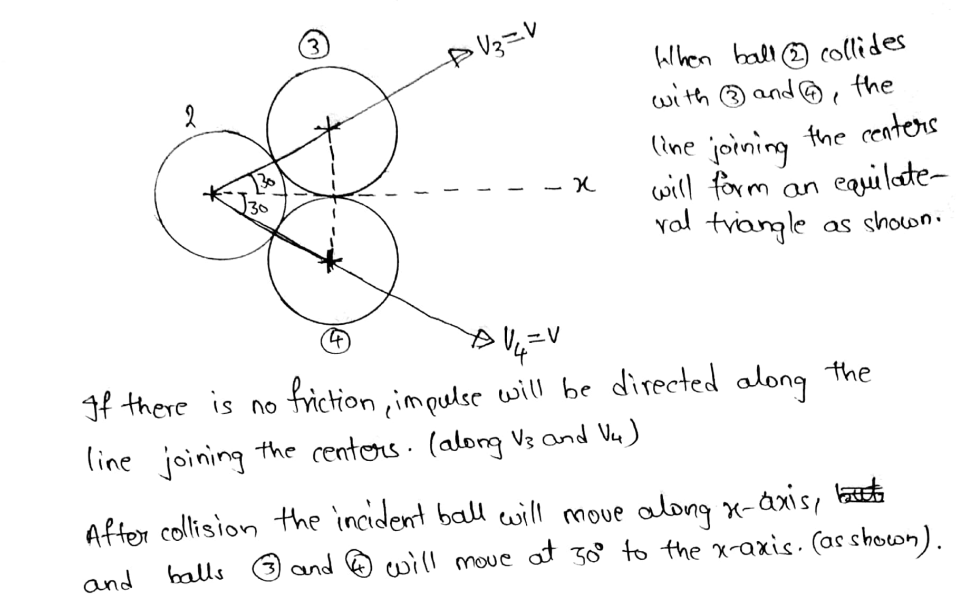 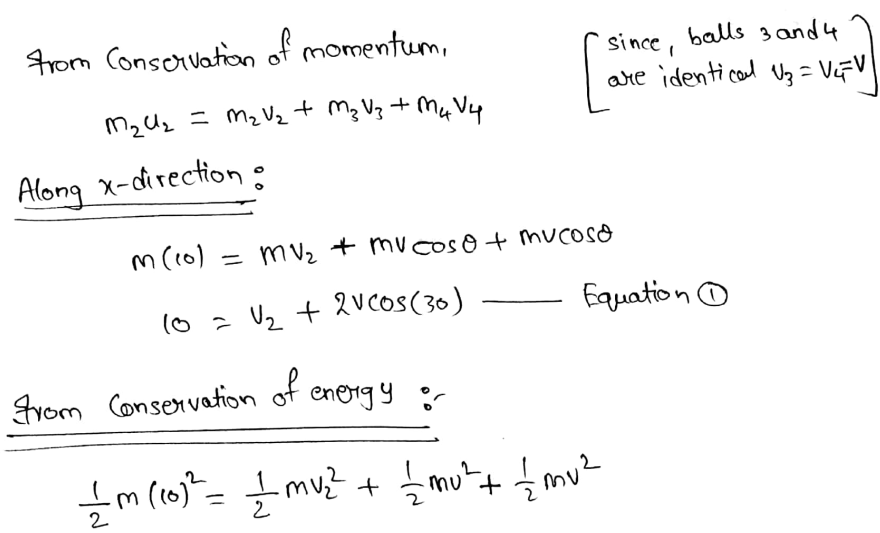 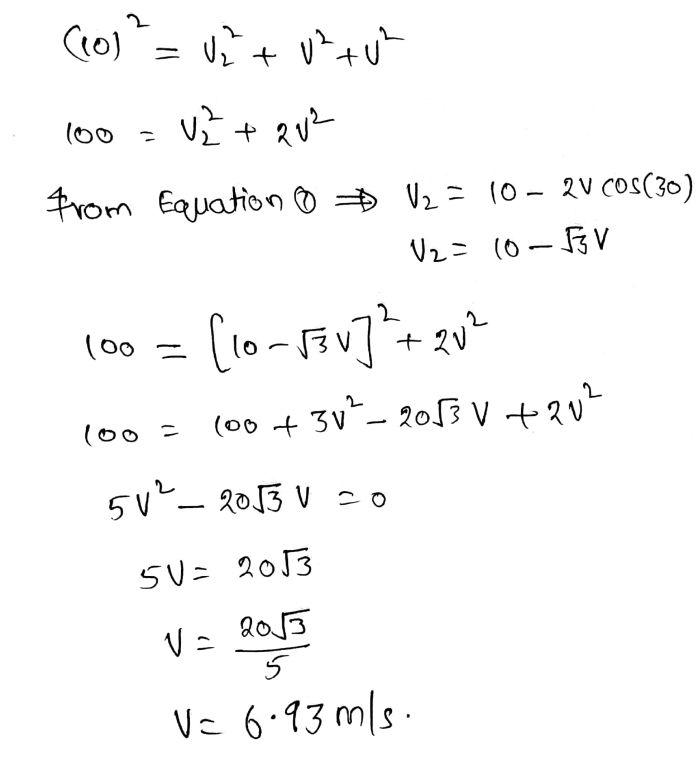 See Solution
*Response times may vary by subject and question.
Tagged in
SciencePhysics

Q: please answer all the parts, and double and triple check your answers, previous tutors got it wrong

A: (a) Since the charge density are equal and opposite in the plate that is in the region outside the t...

A: The expression for the eight of the building is,

A: The final velocity from conservation of law of momentum,

Q: What's the average  angular acceleration of a maximum-duration CD during its 74-min playing time? Ta...

A: It is given that

Q: Using this equation Wein's Law: What is the wavelength of maximum intensity and the total energy emi...

A: Wein’s law is and relationship between energy and wavelength is given as

Q: Passengers in a whirl go round are subjected to accelerations of 2gs at the end of a 3.5 m pole as t...

A: a) The required speed is,