4.6 through 4.28 Determine the force in each member of the truss shown by the method of joints. FIG P4.6 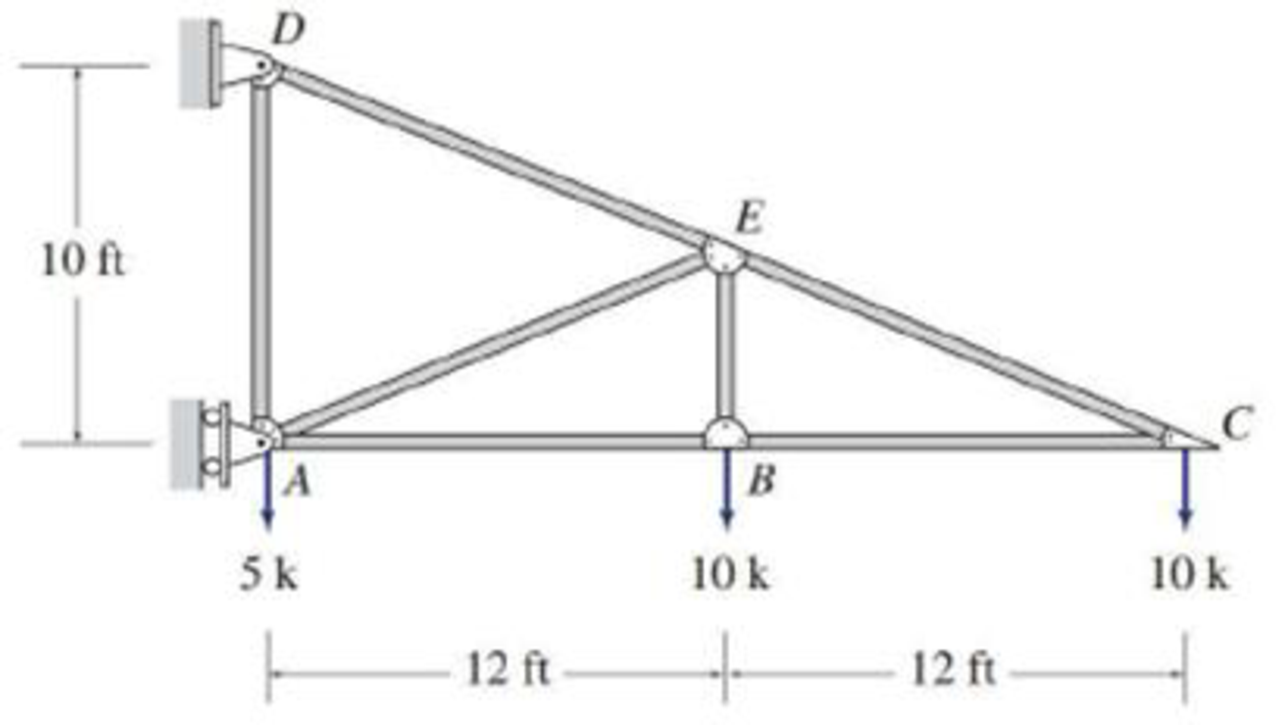 Consider the horizontal and vertical reactions at D are and .

Consider the horizontal reaction at A are .

Take the sum of all horizontal forces in x direction as zero.

Take the sum of all vertical forces in y direction as zero.

Take sum of moments about the support A as zero.

Consider the angle DCA is . Then,

Show the joint C as shown in Figure 2.

Take the sum of the forces acting in the vertical direction as zero. Then,

Take the sum of the forces acting in the horizontal direction as zero. Then,

Show the joint B as shown in Figure 3.

Take the sum of the forces acting in the vertical direction as zero. Then,

Plastic bags at food stores have become ubiquitous. Often recycling advocates point to the plastic bags as the ...

An aspect of cloud computing that allows developers to create, test, and run their solutions on a cloud platfor...

What is an InfoSec framework?

Consider the preceding problem if the beam has width h = 15 mm, the aluminum strips have thickness t = 3 mm, th...

Disposal of an Operating Asset Jolie Company owns equipment with a cost of $85,500 and accumulated depreciation...

What is the purpose of the master cylinder vent port?

Technician A says that an ignition system must generate sufficient voltage to force a spark across the spark pl...

Why is it important to use a structured cabling standard when installing and managing cabling systems?

Robots are increasingly being used in surgical procedures including open-heart surgery. True or False?

Morals are one’s personal beliefs about right and wrong, whereas the term ______________ describes standards or...

What are optimizer hints, and how are they used?

Using the Web, research Mafia boys exploits. When and how did he compromise sites? How was he caught?

A balloon is inflated from a negligible initial volume to a final volume of 200 cm3. How much work is done by t...

Convert the ERD from Problem 10 into a corresponding UML class diagram.

Where should you stand when using a grinder?

What changes can be made to successfully make a weld in a poorly fitted joint?